Tales of the Unusual at the Tower of London

Over the course of its nearly thousand year history, The Tower of London has seen some quite strange events; stories of the astonishing or the downright weird, and it’s protected the secrets of the monarchy, incarcerated spies and executed traitors. It’s fitting then that the Tower should continue this tradition of the extraordinary, as a venue for the unusual. Whether you want to host a wildly themed party, dispose of some nephews, stage a brand launch designed to turn heads or a conference that doesn’t settle for normal, the Tower of London is a fantastic place to do it. 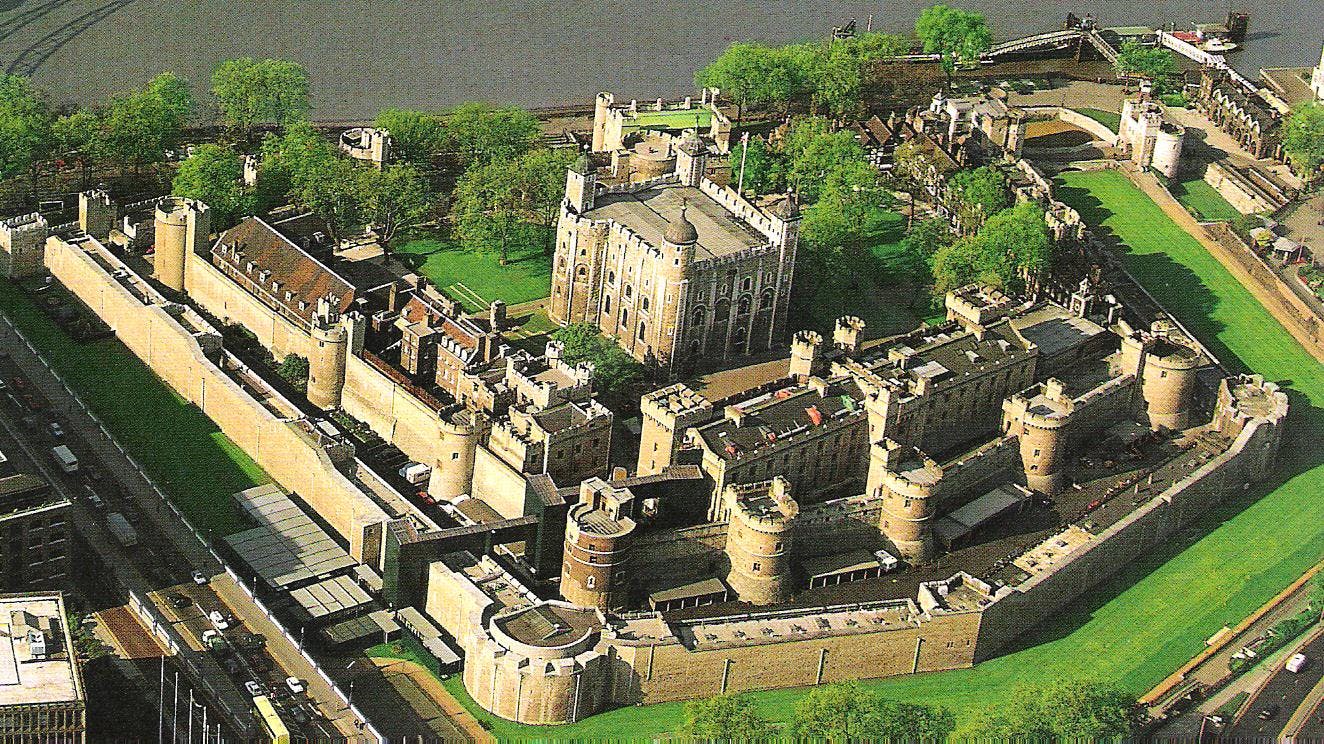 Infamously, the Tower has always had a reputation for executions, a symbol of the monarchy’s power (or tyranny, depending on who’s writing their history). The majority of these grisly occasions, in fact, took place outside the Tower walls on the adjacent tower hill. In fact, more executions took place inside the walls during the 20th century than in all the previous centuries combined. The thing about medieval executions is that, much like product launches, they are pointless if no one is there to witness them. 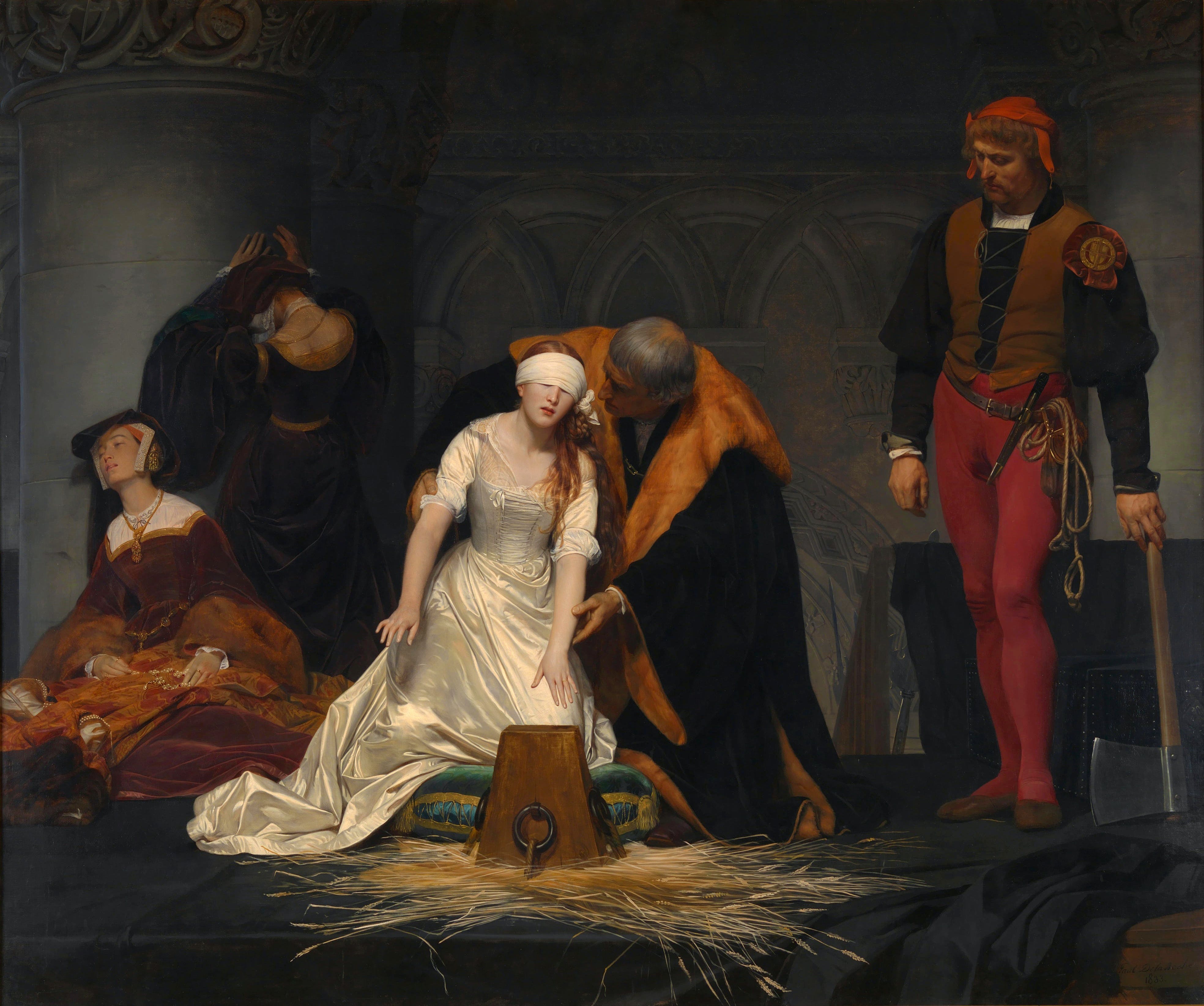 Now unless you’re planning a Dothraki Wedding, even a single death can sometimes ruin the event. Not to worry the Tower of London Hasn’t seen an execution since 1941. These days the only thing being killed in the tower are conference presentations, held in the New Armouries Meeting Suites.

But enough morbid tales, the Tower of London has not just served as an authoritarian symbol but also as a place to celebrate the splendour of the monarchy as it both stores the Crown Jewels and often served as a royal residence. Today you can host guests in St Thomas’s Tower, once the bedroom of Edward I. As you enjoy your private dinner contemplate the restless nights once had by our late monarch. The 13th century was a tumultuous time for England (though you’re hard pressed to point to a century where it wasn’t), 1214 had seen French invasion and occupation, subsequently, the 1st Barons war dominated the reign of Henry II and the 2nd Barons’ War much of the early life of Edward I before his coronation.

On to the Crown Jewels, these precious items sit at the heart of many of the Tower’s unusual and curious stories and customs. For the last 700 years, without fail, every evening has witnessed the Ceremony of the Keys. The proceedings last seven minutes, starting at 9.53pm precisely, the Chief Yeoman Warder emerges with the keys to the Tower and a brass lantern. He is joined by a guard and escorted to the ancient main gates where he is challenged by a sentry, "Who comes there?", "The keys!", before he locks up the building. 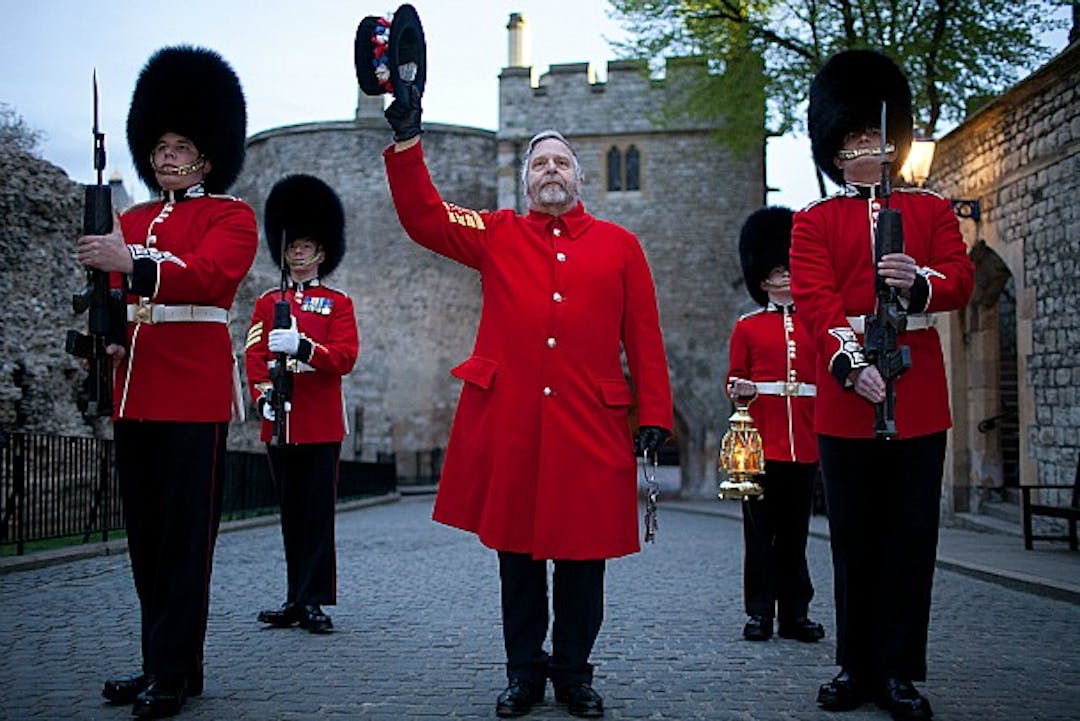 For the discerning gentleman thief the Crown Jewels would, of course, be the ultimate prize, so it’s no wonder security has become an ingrained part of the Tower’s tradition. No mention of the Crown Jewels would be complete without the story of the wonderfully named Colonel. The disgruntled Cromwellian and self-styled “Colonel” Thomas Blood was already the most wanted man in England when he undertook his plot to steal the Jewels having botched the kidnap and seizure of Lord Ormonde and Dublin Castle. 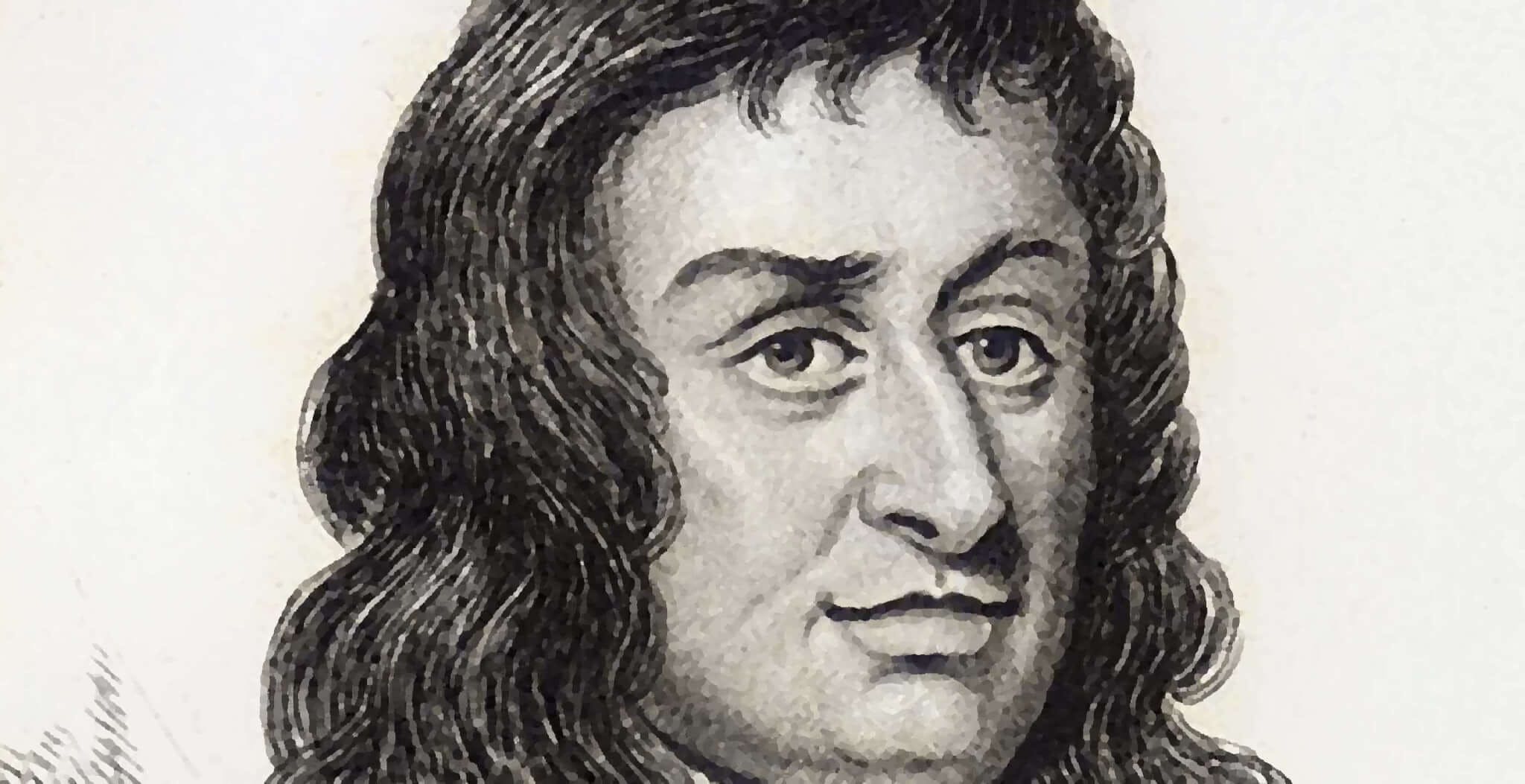 In 1671, returning from Holland, Blood disguised as a parson, infiltrated the Tower and befriended the Talbot family, the Keepers of the Jewels. Having struck up a friendship between the Family and amiable “Parson Blood” (someone took the same undercover name class as James Bond), Blood arrived in May with his “nephew” and two friends expressing a desire to see the Jewels. Upon being taken to the Jewels they knocked Thomas Edwards unconscious with a mallet before stabbing him with a sword (harsh). 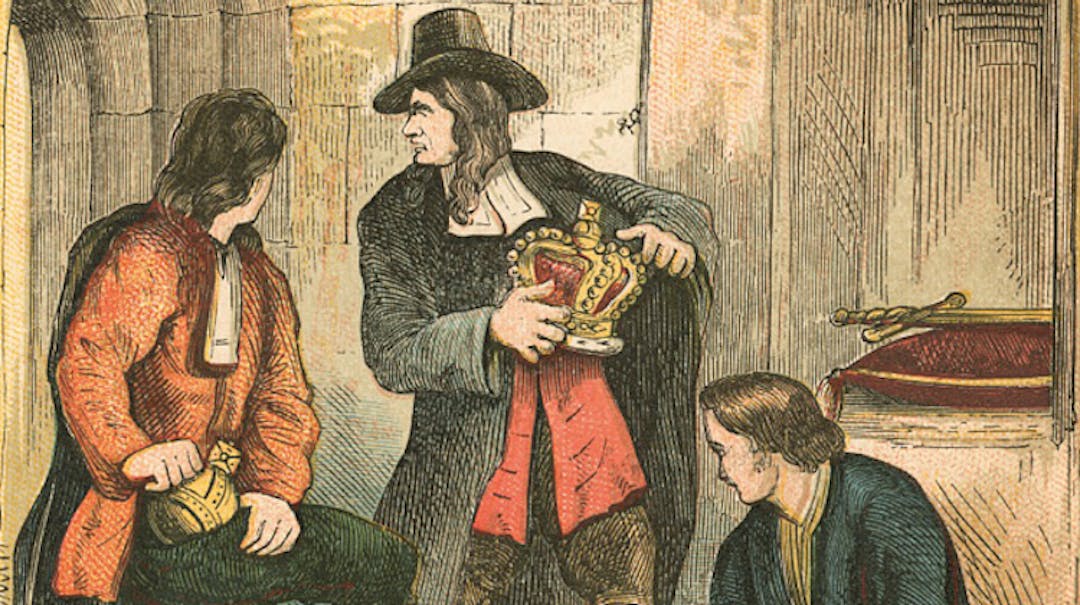 The group broke the Jewels from their security, smashed the crown flat to make transport easier, Blood stuffed the orb down his breeches and began trying to saw the Sceptre in half. Edwards came to and began to shout, the thieves dropped the sceptre, making off with the Crown and Orb. The group was caught as they tried to escape through the Iron Gate, shooting at the guards as they went. They were apprehended, but Blood refused to answer questions demanding to see the King.

Blood was questioned by Charles II and members of the Royal Family. Blood told the King that the Jewels were not worth £100,000 and instead only £6000. Surprisingly this amused Charles II who asked Blood “What if I should give you your life?” To which Blood replied humbly, “I would endeavour to deserve it, Sire!”. Amazingly, not only was Blood pardoned, but he was given an Irish estate worth £500 a year and became a regular figure in court!

"Pardon to Thomas Blood the Father of All Treasons"

We can’t all have the phenomenal good fortune of “Colonel” Thomas Blood, but The Martin Tower, the location of the Heist is available to be booked as a private dining venue. So there you have it, iconic, fabulous and definitely unusual, the Tower of London is the perfect place for events, that are a whole lot more than just ordinary.

Find out more about events space at the Tower of London

Subscribe on Itunes Innovation and new ideas are everything in the events industry - it's "who dares wins". That's why we spoke to Glenn Mainwaring, who not only works as part of the

Utilising its portfolio of state of the art cinemas, Odeon provides excellent conferencing and business spaces. Their exciting cinema environments are ideal for hosting talks and presentations that will leave a memorable impression.