Industry Expert: An Interview with Julian Saipe of Zafferano

Hire Space spoke to Julian Saipe, Managing Director at the long-established and respected catering company, Zafferano. He was also a prominent panellist at our EventLab teaser event. Here, we pick his very best insights from both wide-ranging interviews, in which he discusses how the events industry has changed over time, the positive and negative impacts of tech, and how aspects other than food can actually be more important to a caterer.


Julian Saipe’s background is unique, to say the least. His early career was as an opera singer, before he eventually decided he wanted to make a mark in the business world. Events seemed the natural route. “I’d been privy to London venues, through opera...I certainly knew some of the venues, and I felt confident to have a conversation with them.”

His then wife, Vivienne, had started Zafferano thanks to a love of cooking – Italian cooking in particular. (The delightful word “Zafferano”, incidentally, is the Italian for “saffron”.) What the company didn’t have, though, was presence in the market. Julian brought the all-important venues element into the picture, firstly building awareness and then nurturing relationships with the venues that’d gotten on board. It was during this period that he had his first, early experience of tech within the events world.

“We did a Google Ads campaign, and we were one of the first caterers to do it...there was a bidding war for London caterers…. Through that ad campaign, we generated interest, and when we had the interest, it was about marrying clients with interests. And thus was born the idea that the caterer was the venue marketer. 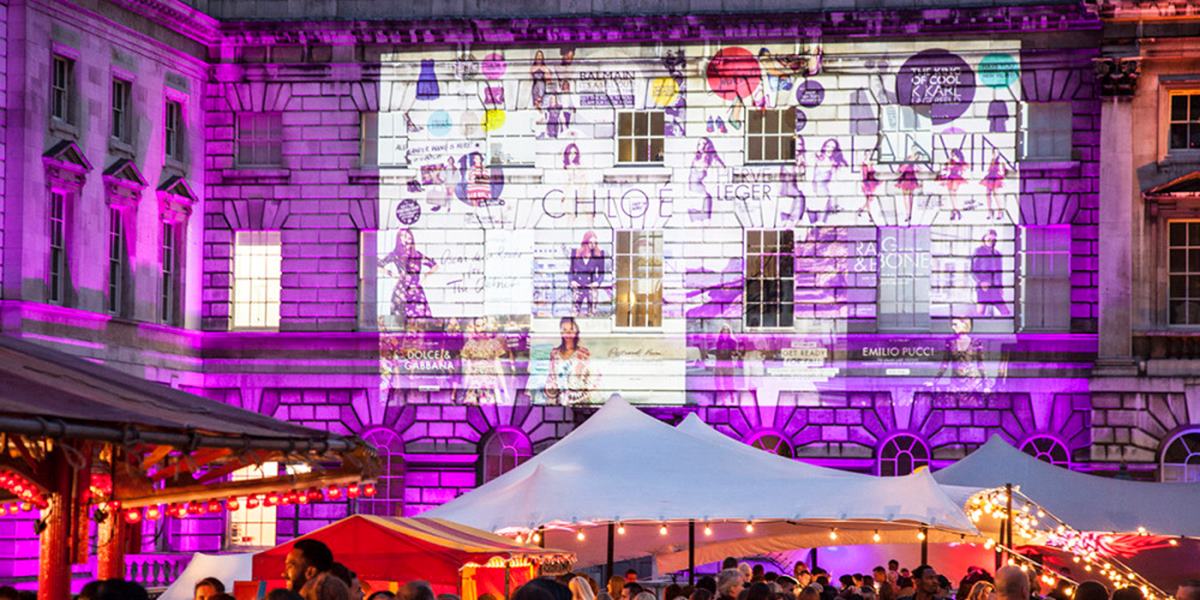 “We don’t do it anymore at all. The digital thing for us...we can’t compete with you guys [Hire Space]. Content marketing: we do a little bit of it, but we have our relationships now, [so] it’s much more about nurturing.”

This updated strategy really drives Julian’s outlook on the events world. He views tech as both a positive and negative, remaining in awe of its power while also staying cautiously suspicious. This was very clear in his contribution at the EventLab teaser. On the positive side, tech has brought with it the vital element of engagement marketing. “People don’t want to be shouted at; they want to be drawn in. Tech has the power to amplify that.” This, in his opinion, has broadened the scope of events from being “two-dimensional” episodes that only existed on the day, to something that extends way before and after the fact. The conversation can drum up interest and keep the energy going long after.


On the flipside, technology can act like a spoiler, diffusing the surprise before it’s experienced, Julian believes. “The power of the event is the big reveal. My counter-argument to tech is that it’s kind of like the cat is out the bag. Yes, there’s power in the pre-event conversation, but isn’t there something wonderful about the curtain going back and you’re exposed to that experience? Some of these pre-event conversations have the power to fail, as well.” 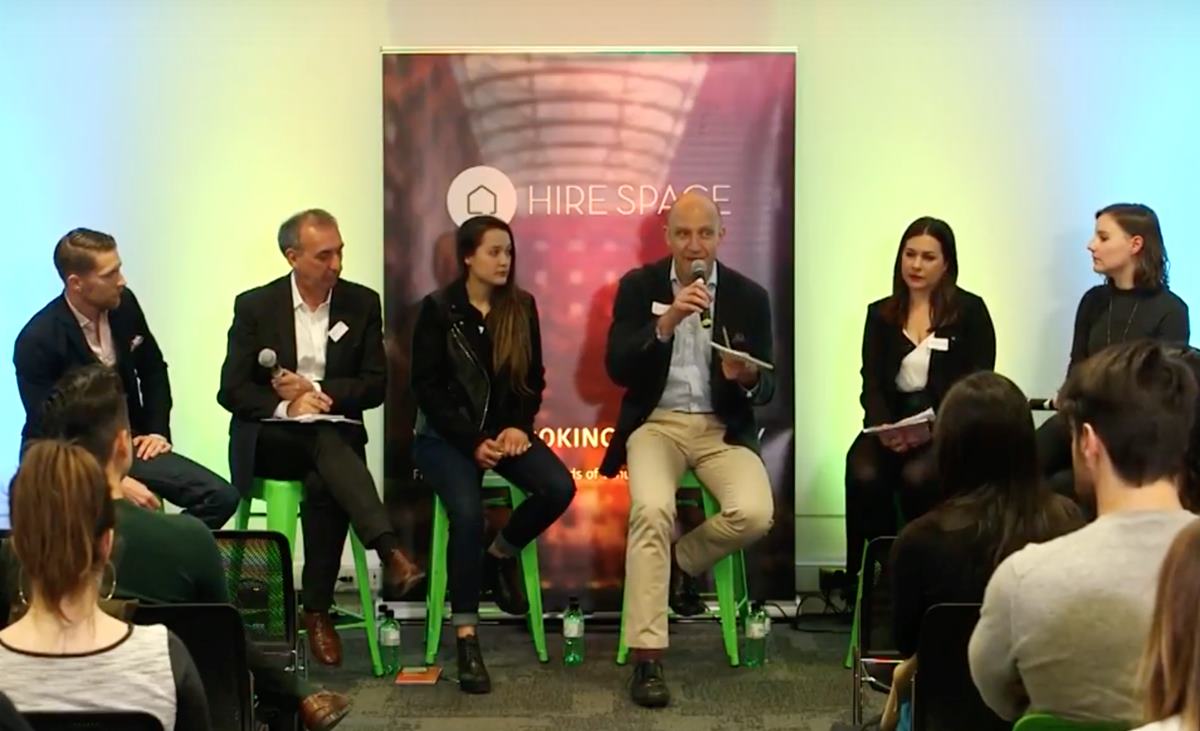 Two specific examples to which Julian points illustrate precisely his ambivalent attitude towards tech in events. He mentions an event by juice and smoothie connoisseurs, Innocent. “Unplugged” created a tech-free festival weekend, which helped people get to the heart of a company’s message without any other distractions or influences. On the tech-embracing end of the scale, Julian brings up another favourite event by French cheese brand Boursin, which used virtual reality to send guests into a heightened world of a fresh, wild garlic field through sensual interaction. This type of event, he says, really brings out the “experiential” aspect. 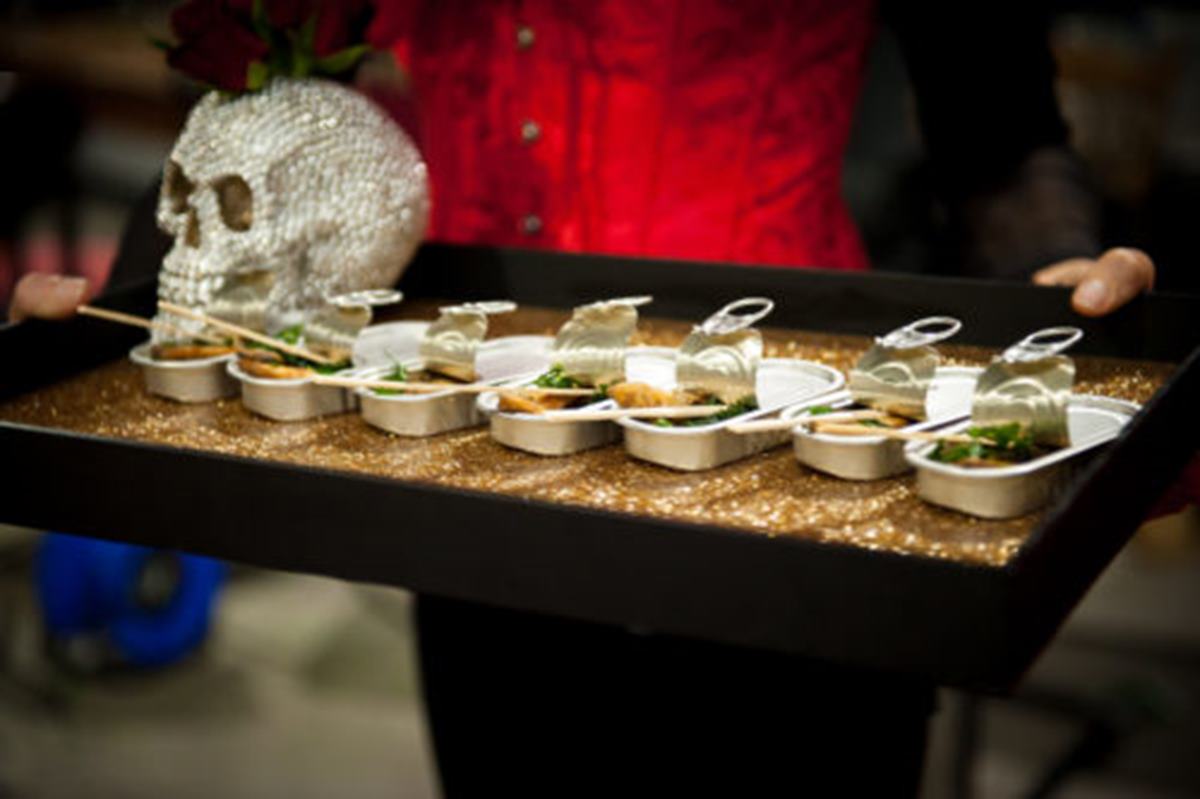 And it’s the experiential that Julian considers as the most important part of an event. The ability to tell a story and to emotionally involve an audience really strikes a chord with his artistic background. His very definition of an “event” encapsulated that philosophy: “The events that I grew up with...it was about the live impact, the ‘show’, as opposed to a conversation that you were having before, after or even during. It was...a live experience.”

This idea of the theatricality of events is really the crux of Julian’s outlook. “Any event that looks like a piece of theatre is the one that’s really interesting to me…. Our brand has been about performance, and that has tied really nicely in terms of our story in content marketing, with experiential marketing.” It’s for this reason that one of the company’s hashtags is #scenesetters.

This struck me as interesting, given that Zafferano is ultimately a catering company, where I assumed food would take centre stage (to continue the theatre metaphor). But through the responses to my questions about the food, it was clear that the real essence of the event lies within the broader space. Within the outfits of the staff. Within the design of the space – or the set, if you will. And where food is important is in its feeding (pun intended) into the greater experience. “I think the people make more of an impact than the food…. It’s the people that bring the life to the party. 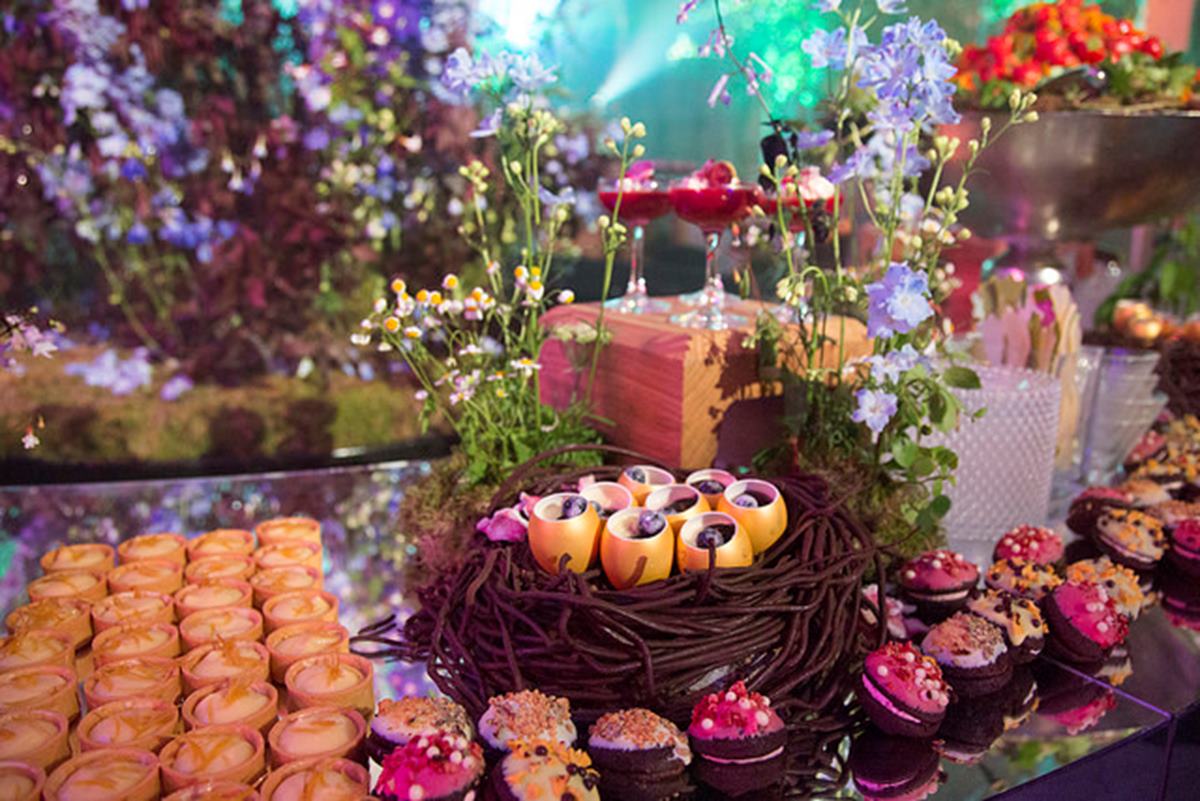 “For me it’s more about the experience. Food is food. When you go to an event, it’s about how the menu balances, about the context in which it’s served. One of our social media straplines is “food that sings”.... It’s about food that communicates. It could be an amazing burrito, or a pulled pork in a brioche at a street food market, or it could be fine dining at The National Gallery. It’s about food that really is authentic, that communicates its intention.” 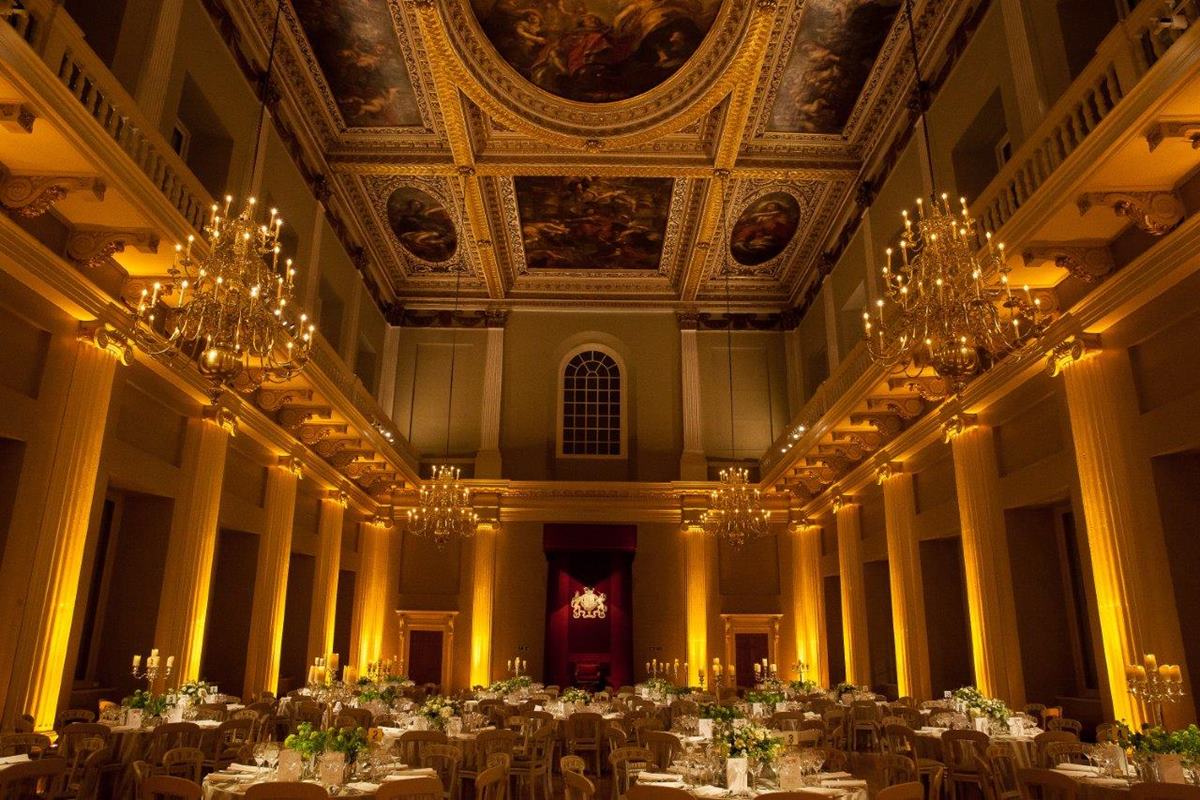 With that philosophy in mind, Zafferano has pulled off a wealth of successful events, at which the set and the food have paid homage to the exhibition or experience being showcased. “We have to be careful that we don’t do anything that undermines the exhibition, anything that’s cheesy.” They’ve certainly achieved their goal of showing reverence to the hosts – and at some of our favourite venues, incidentally.

A Somerset House event that was run for a fashion brand had a fun-fair theme, and instead of the fairground stalls they had food stalls. At the British Museum, they recaptured the spirit of the American Dream during the recent pop art exhibition with colourful canapés served on Warhol paintings. (Not the originals, of course.) At the Royal Hospital Chelsea – a fine-dining event Zafferano put on in collaboration with Hire Space – there was a regal theme that manifested itself in the nine-course “degustation” menu, butler service and other royal quirks. 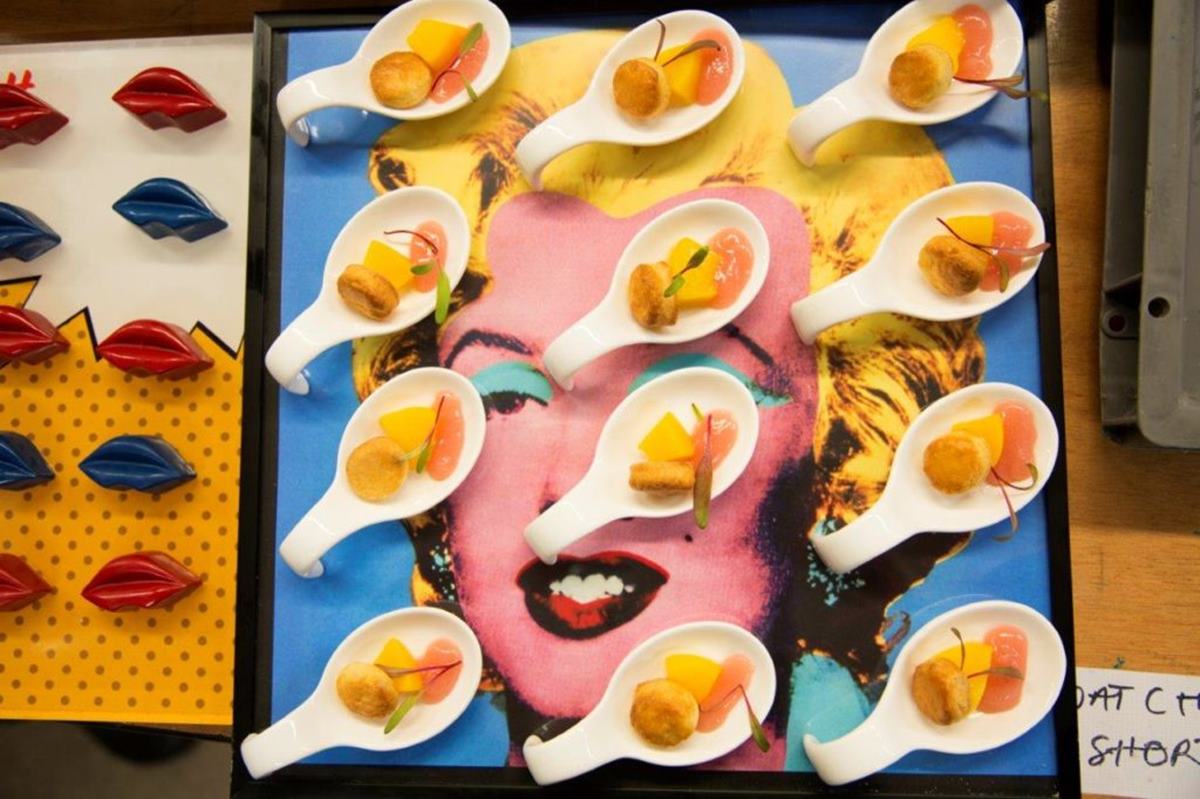 In order to accomplish these feast feats, the company clearly needs a tight and flawless structure, and this is evident, with all teams constantly liaising with each other. “Our business has got a few key departments. One is the kitchen [team] that involves the creative menu design and production. Then you have a creative team, which works with the kitchen team…. And then you’ve got a planning team...to deliver it.”

And the “delivery” of the experience is yet another area where there are strong hints of the theatre. Given that the majority of the venues are museums and galleries, which are functional during the day, the planning team essentially have an hour, between say 6 and 7pm, to build a “set”. There’s undoubtedly something truly exhilarating in these adrenaline-fuelled moments before an event kicks off. The team even has to set up a field kitchen on site. “Catering’s very territorial! So we bring everything in…. It’s danger money! It’s why caterers are revered for managing to pull it off.” 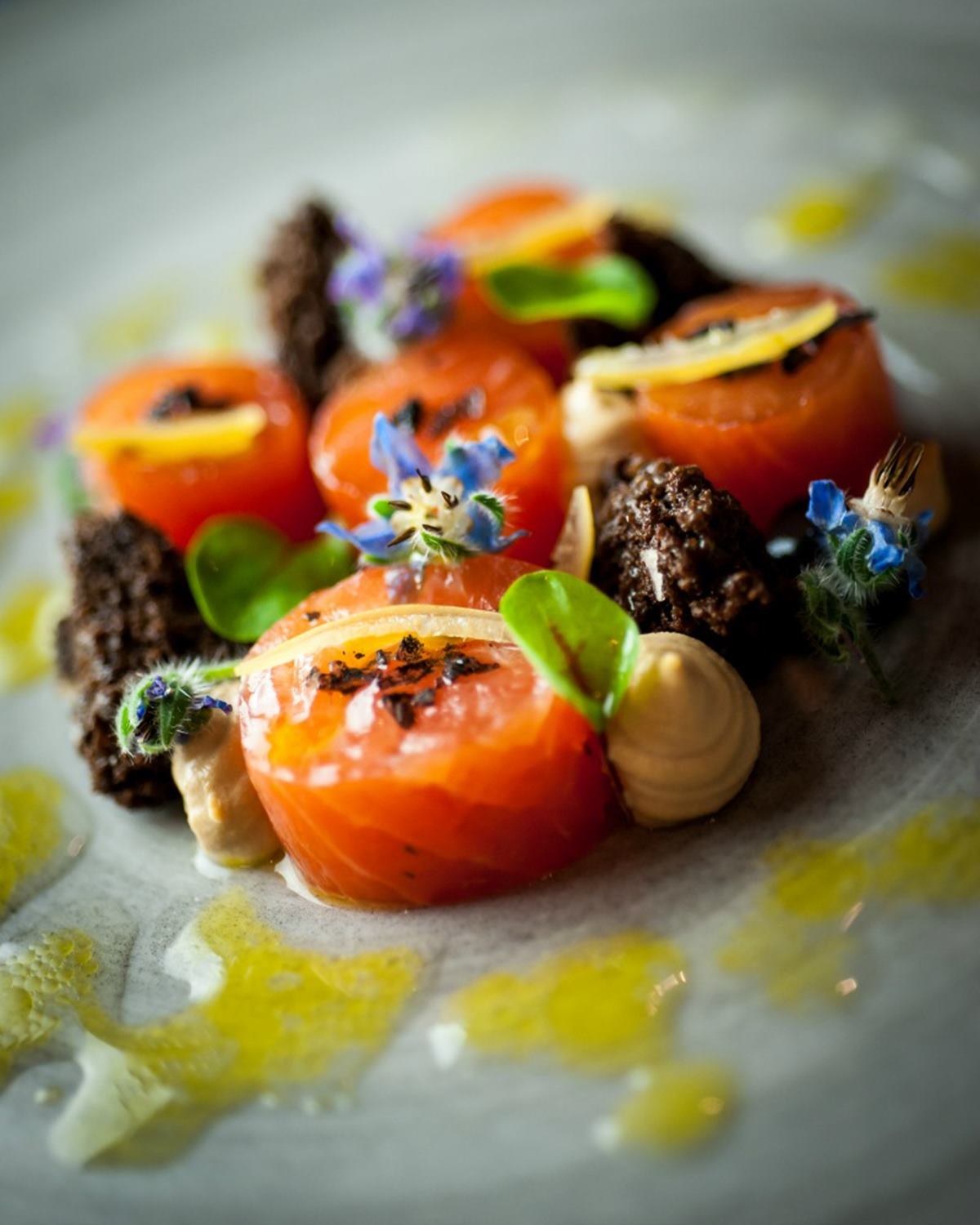 Over the course of these interviews – especially through insights like the above – it becomes obvious that Julian continues to have a passion for events, and that the industry is not a separate one from the performance of his earlier days, but rather a continuation. “We’re event magicians”, he says. It’s rather heartwarming and comforting to hear him describe the industry in these nostalgic terms, from carefree times where the whole idea of an event was not to stir online discussions, but simply to please an audience. “Events were always designed to make people feel better. And we were doing events way before brands were talking about engaging audiences.”

So, in the end, Julian keeps his love-hate relationship with tech, and is careful to harness it only when the results are certain to be positive. “The question is, where will tech and experiential work well together? And the danger is, where can they cancel each other out? It’s all pros and cons, like anything. We need to use technology to enhance our experiences rather than diminish them.” 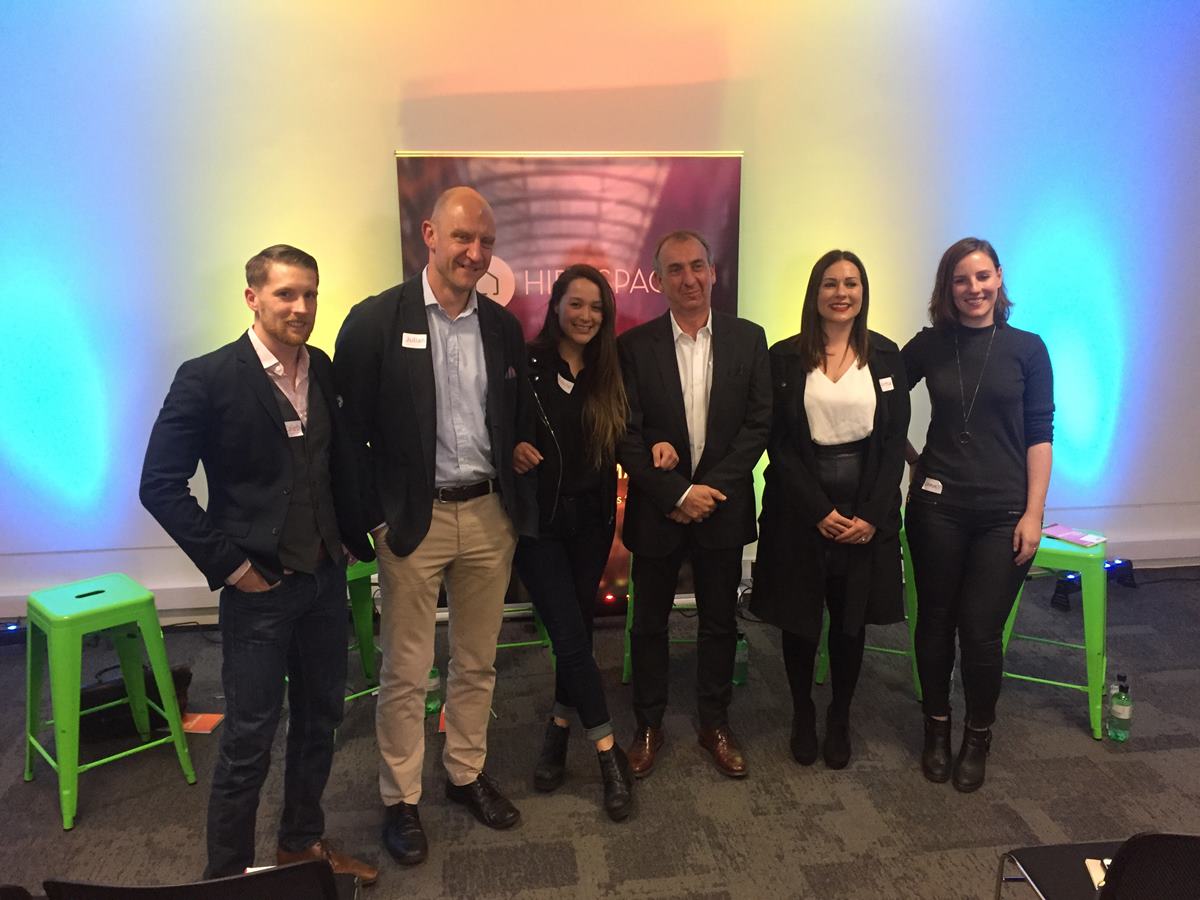 With so much banking on the big day - whether that’s an away day, exhibition or day of a new product launch - it’s crucial that your event offers an experience

"Life needs to be lived with a little style." – Hugh Hefner The world of Playboy really needs no introduction. It's pretty much locked into legendary status now, with tales of the